So you’ve been thinking about getting a tattoo removed for a while now. Google has brought you to youtube where you’ve ended up watching lots of cool videos of tattoos getting zapped by laser. Viola! All gone! That looks easy!

Although a picture can speak a thousand words, and a video can speak a million, the thing with words is: they can tell you about the stuff that you don’t see on videos which can be very deceptive. Here are those words.

1. A lot of the tattoo removal videos are done in laser clinics in the US where it’s more prominent to use some form of anaesthetic. But they don’t usually bother with that. Not in Ireland, and not in my experience. You just have to bear the pain like you did when you had the damn thing done. And it’s just as sore, maybe more so. Though it was only after I had a new laser technician that I discovered the first one was a sadist, and it’s not so painful when you a more caring technician who occasionally pauses the LASER THAT’S BURNING YOUR SKIN OFF.

2. These videos make it look like you have one session and that’s it, your tattoo is gone forever. And that is even more deceptive.
– It takes many many sessions to remove, at least a dozen depending on tattoo.
– The first session is the most effective and most noticeable reduction. Subsequent sessions may have ZERO visible effect. I had several in a row where there was no reduction.
– When you see a tattoo magically vanishing in a video, what you don’t realize is what you’re really looking at is a skin coloured blister. When your skin calms down, the tattoo re-emerges almost as strong as it was.

I’ve been going every 6 weeks for a year and a half now, and recently my mum pointed at my (slightly faded) tattoo and said “I thought you were going to have that removed?” oblivious to the fact that I have just finished my full course of my tattoo removal. In fact, I had to have many more sessions than I was told would be necessary.

It was maybe 14 or 15 sessions in all. I stopped counting. And the final result is that the outlines are mostly gone. Pretty much failed at removing any of the fill colour. I have to make an appointment for another round of sesssions with a different laser clinic, who have a machine that might do better at removing the fill colour. Which will obviously cost more.

So – the moral of the story is: be prepared for a much longer haul than those videos suggest.

Here’s the most recent one that I’ve seen:

There’s nothing quite like a very bad tattoo to remind you just how stupid you were when you were younger. I wonder just how many stupid acts I’ve been able to forget over the years. But there’s no forgetting this one. Only excuse I can give my self for such a stupid tattoo is that I was way under age (no one in the tattoo shop batted an eyelid though). I didn’t want to just pick a tattoo out of a catalogue, I wanted something different and for some bizarre reason, I somehow thought it would be a good idea to have a tattoo of an Adidas logo with my name instead of Adidas. Would love to go back in a time machine and ask myself what the hell I was thinking.

I’ve wanted to have it removed for years now. I’m forever pulling my t-shirt sleeves over the stupid thing which might as well read “Yes, I am an utter moron”.

So I finally scrape together a few quid and make an appointment and a year and a half later, after a lot of sessions, a lot of which had no effect, I just have a more faded tattoo.

Here are some photos taken just after some of the laser sessions.

Half hour after first session. Some of the lines are faded:

Insert 4 sessions here that had such little effect, that I didn’t bother taking any photos.

Here’s before and after

I’ll write an update in a few years when it’s gone altogether!

Lunch time. Full tide at Clontarf bay. Spotted lots of fish; large Roach right in against the wall swimming in couples and threesomes. Busy shoals of silvery fry trying to stay away from the Roach, and even some jumpers farther out clearing a few feet out of the water and making a big splash like something from an old irish coin.

I honestly can’t remember whether some memories, like spotting a big carp in the Liffey, are actual memories or just memories of dreams. But spotting fish is a bit of an odd experience these days; I have so many strange dreams about fish-spotting that when it actually happens for real, like at lunchtime, I feel a little dizzy, as if I’m half transported back to dreamland for a few seconds and have to look away from the water to get head back to reality. But I never can tear myself away, and have to wait for the fish to swim away before I come back to reality.

Yes – definitely one to be filed under waffle.

Frank and Nuala hobbled out to the front of the nursing home for a smoke. And just then it started to rain.

Frank pulls a condom out of his pocket that has the end cut off.

“What the hell is that for?” cries Nuala.

Frank winks “It’s a little rain mac for my Benson & Hedges” and slides it onto the cigarette while Nuala’s fag gets soaked.

So Nuala waits for the rain to clear and guides her walking frame to the chemist down the road.

“Hi Sonny, box of condoms please” says Nuala to a young guy at the counter.

Haven’t listened to New Forms in years but took it out recently and remebered that the CD always looks like a cartoon character who just got a kick in the nuts. 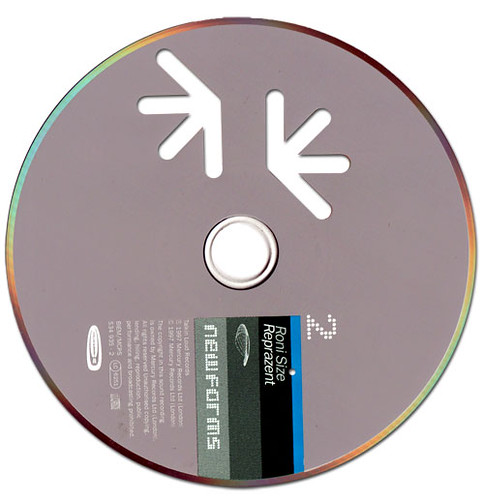 Which reminds me, the icon on power buttons, always look like an icon for someone giving the finger.

So remember, next time you go to turn something off, it’s giving you the finger! 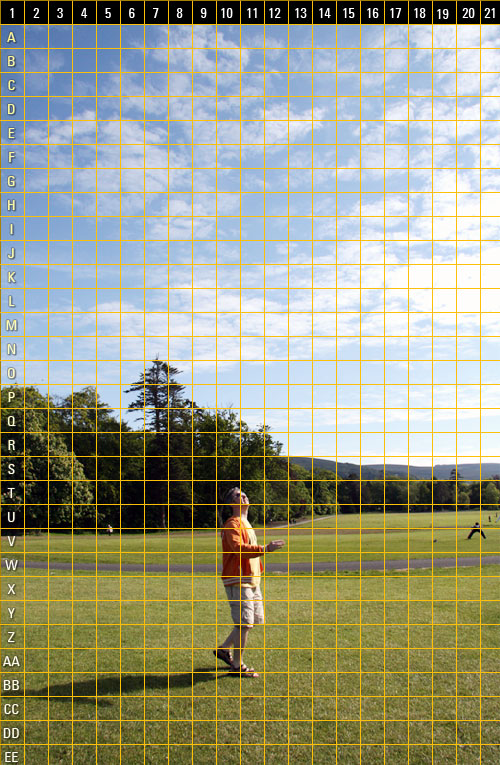 Spot the frisbee I’m waiting to catch, by leaving a letter/number comment and win a special prize. The frisbee has been digitally removed by a hoard of rare golden photoshop monkeys.

NB: Special prize may be one of three dead Bonsai threes. Or a half eaten book on how to keep Bonsai trees alive.

The answer was D16. Thanks for playing! Alex was the closest with D17. I’ll put you down for an IOU pint.

Ever see a stereotype played out to such perfection, that it’s almost comical? Almost. Take this display of begrudgery for instance.

Guy from Fair City, also doing a great job in The Shawshank play;
[Solemly waits for his chips].

Loud drunk asshole in Chipper:
“I’ve started working in the Gaeity recently, I am so much better than all of you”.

Guy from Fair City, also doing a great job in The Shawshank play;
[Solemnly waits for his chips].

Loud drunk asshole in Chipper:
“Oh I love the sound of my own voice, love to shout it from a stage”. (The irony is completely lost on him)

Guy from Fair City, also doing a great job in The Shawshank play;
[Gets his chips, pays politely and leaves quietly]

Loud drunk asshole in Chipper:
[Shouts some direct insults at the guy]

Nope, no begrudgery in ireland, don’t know what you’re talking about, stop that stereotyping.

WANTED: Obsessive compulsive type *addicted to cleaning*. Clean to your hearts content all day – can stay in the yard during evenings. Clean at night if desired but no hoovering or other noisy cleaning. OCD therapy sessions will not be tolerated this time. Immediate start. No time wasters.
Phone John on 08755555555.

You know when you’re flicking through your camera and you see two shots that were taken in quick succession and it looks like a little animation and you sit there for a while making the people dance? No!? well I’m always at it. Thought I’d add some music to this one…

It’s been a while since I’ve had any interest in gig listings filling in my inbox. But I’ve just subscribed to a new email weekly listing called Le Cool that’s not just music; comedy, family events, movies, arty stuff and any other cultural events. Check it out / subscribe at lecool.com/cities/dublin.

Disclaimer: Wouldn’t post if I didn’t like it but yes I do know one of the promoters. And he’s one of the friendliest people I know. And that get’s extra bonus points from me.

I’ve officially given up shampoo. It’s a load of nonsense, the short n’ curlies have been doing just fine with shower gel for all this time and they’re in much better condition than my head. So that’s it; sayonara shampoo.

I don’t know why we need so many different cleaning products. Scam central. We should just have one big bottle of stuff for cleaning us and one big tub of chemicals for cleaning the house. Ok maybe something a bit milder for wood surfaces – but do we really need a different spray for the kitchen and the jacks!? Of course not it’s a scam. Do you need one bottle of stuff for the sink and another for the shower? No you fucking don’t! So I put it to you; unless you have long flowing golden locks, do you really need shampoo? I don’t. I just wash, and go!

I know what you’re thinking; I should join Beat.ie with this wealth of knowledge. Maybe if they ask nicely.

And another thing. D’you know cat litter isn’t just grit? It contains compounds like Calcium bentonite specifically designed to soak up urine and then go hard.Yet one of the most popular brands, Thomas, doesn’t seem to do this at all, it just seems like a bag of gravel to me! And that’s the brand that’s in every single shop. That’s marketing for you. Get the really cheap stuff in the like of Lidl, it’s the proper stuff.