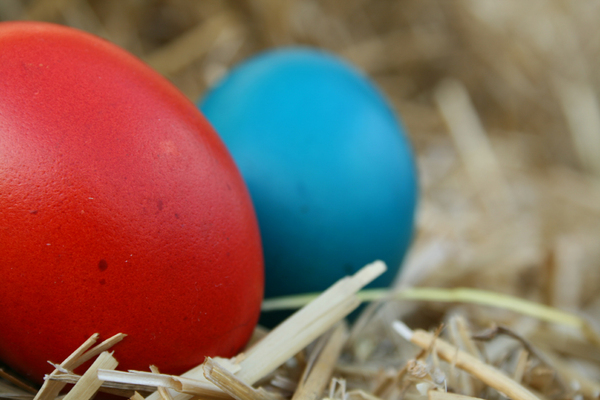 The first task Martin addressed every morning was to take yesterday’s clothes out of the washing machine and put them into the tumble dryer. Then he stuffed his bedclothes into the washing machine, had a shower, brushed his teeth and got dressed into his warm cosy clothes straight out of the tumble dryer. Next, he ate an egg; soft boiled and scooped out of his favourite egg cup with his favourite spoon. This morning his egg was blue. After mealtime, he would clean up after himself, put his bedclothes into the tumble dryer and go about the rest of his routine.

His large room had four corners like most rooms. One corner contained a bed, a wardrobe, and a bedside cabinet with an alarm clock. Another corner contained a kitchenette, across from which stood a corner shower, a toilet and a sink. The living area was in the fourth corner, which consisted of a small table and chair. On the table lay Martin’s diary and pencil. He went to the living room and sat down to write in his diary;

“Today was a blue day. I washed yesterday’s red clothes, dried my blue clothes, had a shower, got dressed in my blue clothes, ate my blue egg, cleaned the kitchen, dried my bedclothes and washed the bathroom. It was a good day. Now I need to make my bed. Otherwise, where will I sleep!? Ha ha! Goodnight diary.”

The next morning, Martin had his shower, washed his blue clothes, dried his red clothes and then got dressed. As always, two eggs sat on the kitchen floor, one blue, one red. He boiled the red egg, ate it, did his daily routine, then sat down to write in his diary;

“Today was a red day. I washed yesterday’s blue clothes, dried my red clothes, had a shower, got dressed in my red clothes, ate my red egg, cleaned the kitchen, dried my bedclothes and washed the bathroom. It was a good day. Now I need to make my bed. Otherwise, where will I sleep!? Ha ha! Goodnight diary.”

For as long as Martin could remember, this was how his day went. Apart from the alternately coloured days, the only deviation in his routine was how long it took him to fall asleep. It was usually only a minute or so but sometimes it took as long as five minutes. During this period, he would make a point of expressing gratitude for the choices his life provided, imagining how dull his existence would be if he had to eat the same coloured egg and wear the same coloured clothes every day. After Martin was settled into bed, he could never manage to stay awake longer than five minutes, which is a good thing as his alarm clock was set to go off two hours later. So he fell asleep counting his blessings, which didn’t take very long.

Two hours later, his alarm clock dutifully alarmed. He did his laundry and went to the kitchen. As always there was a blue egg and a red egg sitting in the middle of the kitchen floor. Yesterday was a red day so today he picked up the blue egg and put it in the pot of water. He was already tired and ready for bed after mealtime, so he wiped the egg from his mouth, did the rest of his laundry and cleaning and then wrote in his diary. This time he wrote:

“Today was a blue day. I washed yesterday’s red clothes, dried my blue clothes, had a shower, got dressed in my blue clothes, ate my blue egg, cleaned the kitchen, dried my bedclothes, and washed the bathroom. It was a good day. Now I need to make my bed. Otherwise, where will I sleep!? Ha ha! Goodnight diary.”

One morning Martin felt different. He didn’t know why. He felt adventurous and reckless. It was a feeling he just couldn’t shake. He had an itch to do something unique. He went through his morning ritual on auto-pilot wondering what he could do differently without even realizing he was doing everything the same. And then he had a crazy idea. He realized the best way for him to do something different was to do something the same. He had the blue egg yesterday, and today by golly he was going to have the blue egg again! Insane. His heart started pumping wildly at the mere thought of it and he wasn’t sure if he would have the nerve. Alas, when it came to it, it was too terrifying and he didn’t follow through. But he thought about it for days. In bed every night, it was all he thought about for the whole five minutes. And then one morning he finally found a seed of courage. He quickly put on his red clothes from the tumble dryer, went to the kitchen and picked up the blue egg! As soon as he felt that cold dimpled texture in the palm of his hand, he realized there was no going back. He had a blue egg yesterday and a blue egg he would have today! He was really going to do this.

He ate that egg.

He was disappointed. It was fun to eat a blue egg for two days in a row. It really was. But the actual act of consumption was not as exciting as the days of anticipation that came before. He even felt a pang of guilt. He sighed and went on to his usual chores, but as he approached his desk, he felt a thrill of excitement in his belly once more, as he wasn’t sure how to report this crazy day. In the end, he wrote;

“Today was a blue day and a red day! I got dressed in my red clothes, ate my blue egg, cleaned the kitchen, dried my bedclothes and washed the bathroom. It was a great day! Now I need to make my bed. Otherwise, where will I sleep!? Ha ha! Goodnight diary.”

But that night in bed, he started worrying about the consequences of his actions, and for the first time in his life, he was still wide awake after a whole five minutes. His bedclothes grew warm and uncomfortable. Then ten minutes passed and he still could not sleep. He got worried about not being able to sleep and then it felt even harder to fall asleep. He started to get extremely anxious and regretted being so stupid and reckless during the day.

Then he heard a noise from the far corner. It seemed to come from the kitchen. It was a low but sharp noise above the dim hum of the utility machines, and in the glow of their blue and red lights, he could see the remaining egg still in the middle of the kitchen floor as it was every night. Then the egg began to move. In fits and starts, it began to shake and vibrate. Then it cracked. A liquid yolk did not spill from the crack. Instead, a small yellow monster poked its head out then fully emerged and started making horrific squeaking sounds. Martin froze in terror and watched as this monster grew and grew while changing colour from yellow to red. It finally seemed to reach its full size, then looked down, spotted the fragments of eggshell and started pecking. It broke all the tiny curves of shell into edible fragments then consumed every last piece. After a few minutes, a red egg suddenly emerged from the rear of the creature, which seemed to shock this beast more than it shocked Martin. It jerked its head back, slowly looked down at the egg, and when it rested its eyes on the delivery, those eyes doubled in size and it died of fright at the sight of the egg. An instant death.

Although Martin was still in shock himself, he was relieved to see the creature expire. Then after a few seconds of laying still on the floor, it started to shrivel up and get smaller. To follow this strange transformational act, it started to compact itself and ultimately became quite solid-looking. For the finale, it turned blue while forming the shape of a perfect egg until it sat there right beside the red egg. Just like the two eggs he awoke to every morning. The instant it had fully solidified, Martin’s alarm clock dutifully alarmed and that’s when he snapped out of his shock and that’s when he finally began to cry.

My name is Cathy Grogan; not a typical vampire name but I try to blend...