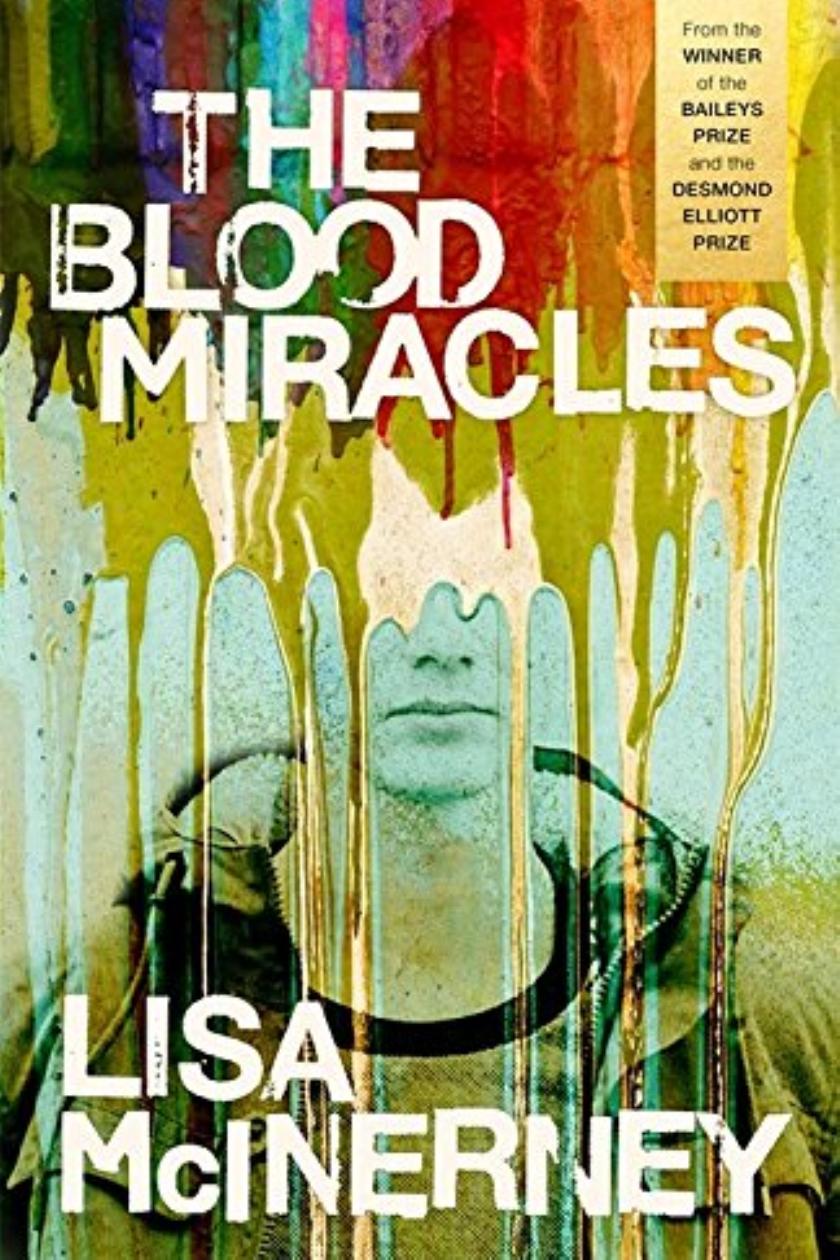 This is my second time starting a Lisa McInerney novel with great excitement. I have to admit I had mixed feelings when I realised The Blood Miracles was a sequel. I’m not a big fan of series books, not sure why. I never buy anything with a number in the title. Yet this cast of characters was so wonderfully realised in the debut novel, that I was more than happy to delve into their chaotic lives again.

The Blood Miracles picks up the plot a few years on from the end of The Glorious Heresies: “This, like so many of Ryan Cusack’s Fuck-ups, begins with Ecstasy”. And we’re off. That first line sets the pace for the whole book. Ryan is a fuck up. He just can’t get his head out of gangland and drug dealing. He’s been making too much easy money. And he’s already in too deep; it’s not a job where you can just hand in your two week’s notice and ask for your p45. But he’s sick of his own wheeling and dealing, and getting off his head more than he can handle, and more than his girlfriend can bear. His creative musical side nags him constantly. He has so much wasted potential and his girlfriend, Karine, is sick of telling him this.

Their relationship has soured badly. The whirlwind romance is over. It’s on the floor of some filthy toilet cubicle in the remnants of a coke wrapper. The relationship is threatened from all angles. Ryan is really trying to make some progress with his music, but the gangland nutters keep pulling him back to the gutter. There’s a huge Ecstasy deal going down and he’s the only man for dealing with the Neopolitan dealers who don’t have a word of English. There’s a new girl on the scene too, and an old one, our beloved mystic; Maureen. There’s too much chaos to juggle and Ryan can barely keep his head together to make sense of it all, or make any sensible choices.

Blood miracles is a thoroughly engaging and thrilling read. I can’t remember the last time I found it this hard to pull myself away from a book when needs must, and then the pull of it demanding to be picked up again was magnetic.