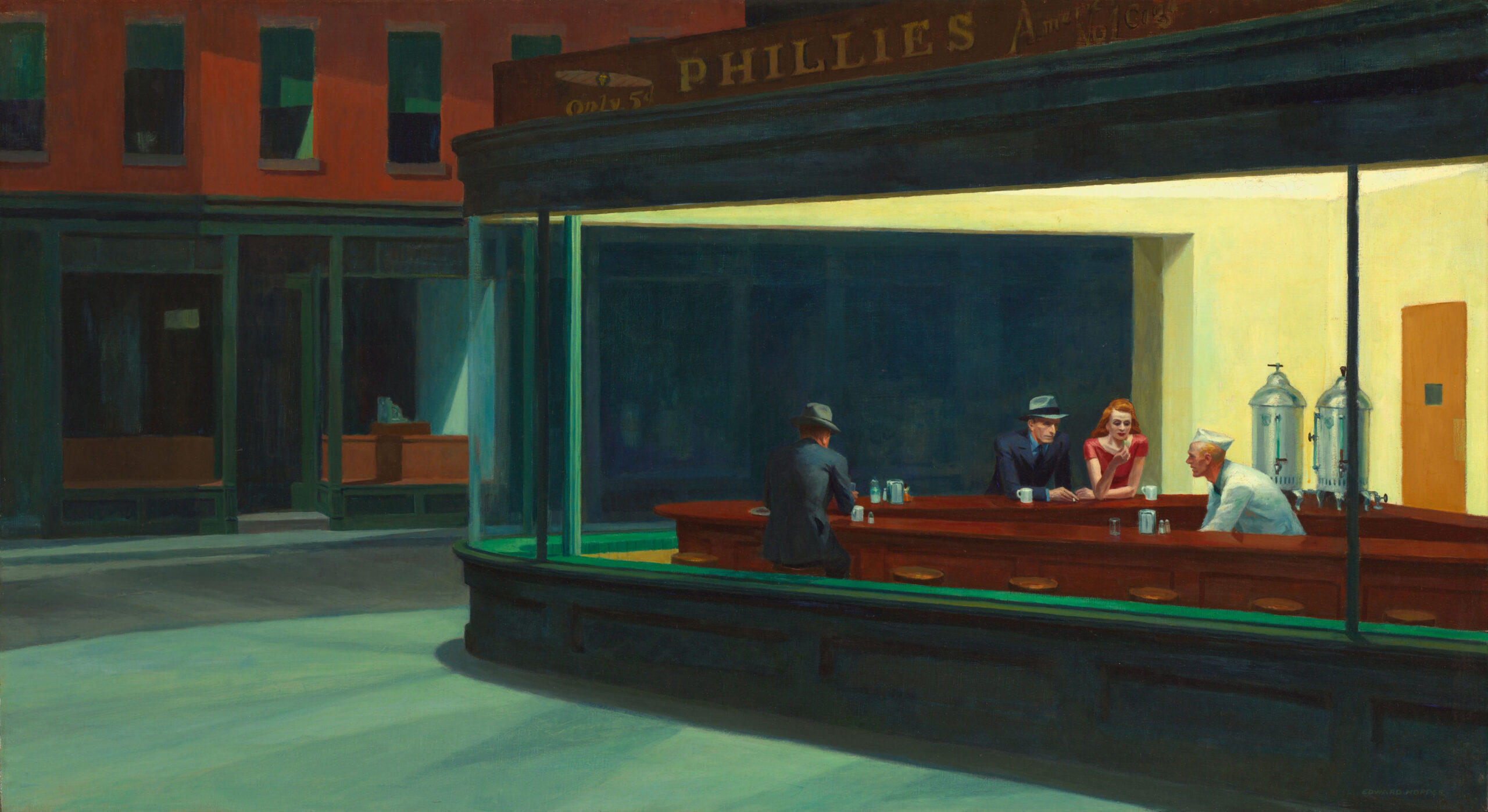 A short book that’s much more about mood than narrative. It’s like Edward Hopper’s Nighthawks brought to life. Mari goes from cafe to cafe, visits a Japanese Love Hotel, and meets various characters, during one long night. While in the background there’s a Sleeping Beauty thing going on with her sister (Eri) who inhabits a cathartic dream state. She is visited by a dark character who’s present both in the real world and the dreamworld. The stories of these characters never fully resolve, they just play their part in conjuring up this metaphysical nocturnal mood. After Dark is somewhere between a long poem and a short novella.

I had this on pre-order for months and I was really looking forward to it. It was well worth the eager awaiting. It’s set in the arse end of a Cork City which the Celtic Tiger shat all over before it scarpered. Though it starts with a murder, it’s no whodunnit. What’s it’s really about is how the characters deal with the small and large ways the murder impacts their lives. And that’s the strength of this book; they’re rich, believably flawed characters.

There’s Ryan who’s a smart kid but a bit of a dosser. His coming-of-age is the anchor of the story. His dad Tony, is a bit of a waster; he loves his kids but makes no real effort to be a good father. Jimmy, a proper gangster has his thumb firmly over everyone else, and then there’s his mother Maureen who pops in and out of the story. She’s a great character; a little bit mad, but world-wise and full of charming self-made superstition, the best kind. There’s also a nosy neighbour with a penchant for teenage boys. And a girl stuck in a loop of self-medication to get through one more bout of prostitution which she needs to continue to pay for the habit she’s got through self-medication.

Every character in this book could have been very cliched in lesser hands. But these are as close to the real deal as you get in fiction. Though some people do very bad things, there’s no inherently good guys or bad guys.  It’s really about a bunch of people trying to figure who they are and what they need to do to survive, and the effects those decisions have on all those around them.

Into that Forest – Louis Nowra (Audiobook)

Two young girls  spend four years in the wild after being adopted by two Tasmanian Tigers. That’s all you need to know really. It’s a great read, and works really well on audio because it’s pretty much an old lady sitting by a fire telling you the story of her life. A fascinating story, well told.

When we go camping, I love sitting out by the fire at night. A few Saturdays ago, I decided I didn’t need to go on holiday to do this. I went out the back, fired up the fire pit, cracked open a four-pack, and read Spoilt Brats under the stars. As sad as it might sound, sitting on my own reading a book on a Saturday night was one of the best Saturday nights I’ve had in ages. This book of short stories about various spoilt brats had me laughing into the fire all night. The standout story is about Rip who falls into a vat of brine in 1915, is preserved for 100 years, then after being rescued and revived, stays with his great-great-grandson and tries to make sense of a world populated by hipsters. Really good fun.

I read this straight after “All the Light We Cannot See” which wasn’t my kind of thing. So my initial reaction to this was “YES! back in familiar, reliable hands”. Lucy Brennan is a super-fit, super-healthy, female trainer who’s a real bad ass. Lena Sorenson, is an overweight, artist lacking in self-esteem and confidence. I could be wrong but I’m assuming Welsh has moved to LA, got a personal trainer, and got into a real health buzz. This book is one massive rant against obese americans and their lifestyle. It’s not completely without sympathy for their plight though, the body-obsessed certainly get stick as well. But the tirade is mostly in one-direction. Lucy Brennan is a great character with some great lines but her schtick does start to wear a bit thin after a while.

There’s one other issue. The audiobook really falls down in a way that often happens with multiple-narrator audiobooks. It’s convoluted to explain though: When the Lena Sorenson narrator/actress is telling her own story, she sounds like a strong modern woman. But when the Lucy Brennan Narrator/actress is para-phrasing Lena’s character, she makes her sound like a pathetic whiney girl. I don’t know how this happens so often with audiobooks. It’s like the two narrators recorded their parts in complete isolation without any director / producer / whatever guiding them into any kind of consistency.

Overall good fun. But probably better as a non-audio read.

This is my second Herman Koch book. And I think it’s fair to say you don’t quite enjoy Herman Koch as much as you endure them. His books always seem to feature despicable, yet darkly comic characters.  I’ve seen this book recommended several times for fans of dark novels. And I thought it was going to be super dark… I was actually expecting some dinner guests to be the final course of the meal! But it’s not that kind of story at all. The meal is secondary to a story that unfolds while two couples have their meal. (Although a genuinely interesting read, there’s one major flaw in the book though. It makes no sense why a highly public politician would arrange to meet his brother and sister-in-law to discuss a dark secret, in a restaurant instead of one of their homes.)

2015 Booker winner about Dorrigo Evans, an Australian Doctor who survives a Japanese Slave Labour camp in 1943.

This is a very long meandering book that takes a very long time to get going and tried my patience several times – but never quite tried it enough to make me consider abandoning. I think the story is at its strongest and most straight-forward when you’re with the Australian prisoners of war going through their daily toils. But for more of the book, we’re with the protagonist in modern times, but in a lot of parts, you’re not quite sure where and when you are – and I found a lot of it quite wishy-washy and vague.