I’m in love with The XX 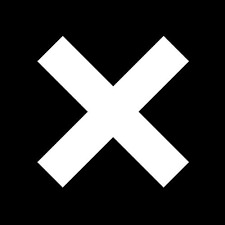 I really can’t remember the last time I was so obsessed with an album, but I absolutely adore XX. I even thought I had come of an age where music couldn’t touch me in the way that it used to but I’m glad that’s not true. In fact I think that may just be part of the attraction. People have commented on how young The XX are, but I think that maybe exactly what draws me to it. Any time I’m listening to it it somehow reminds me of being 16 years old, and all the nostalgic melancholy and excitement attached to that era. I’ve a major teenage crush on XX.

I’ve never heard such a grower either. I had the album in the weeks coming up to Electric Picnic and saw them live that weekend – but it hadn’t at all got under my skin in the way it has now. In fact hearing all the fuss about them back then, I expected something really exciting but on first listen it actually sounds a little dull. But don’t let that fool you. Give it half a chance and it really sneaks up on you.

Have to hand it to Lady Gaga, she's pulled the biggest trick in musical history...