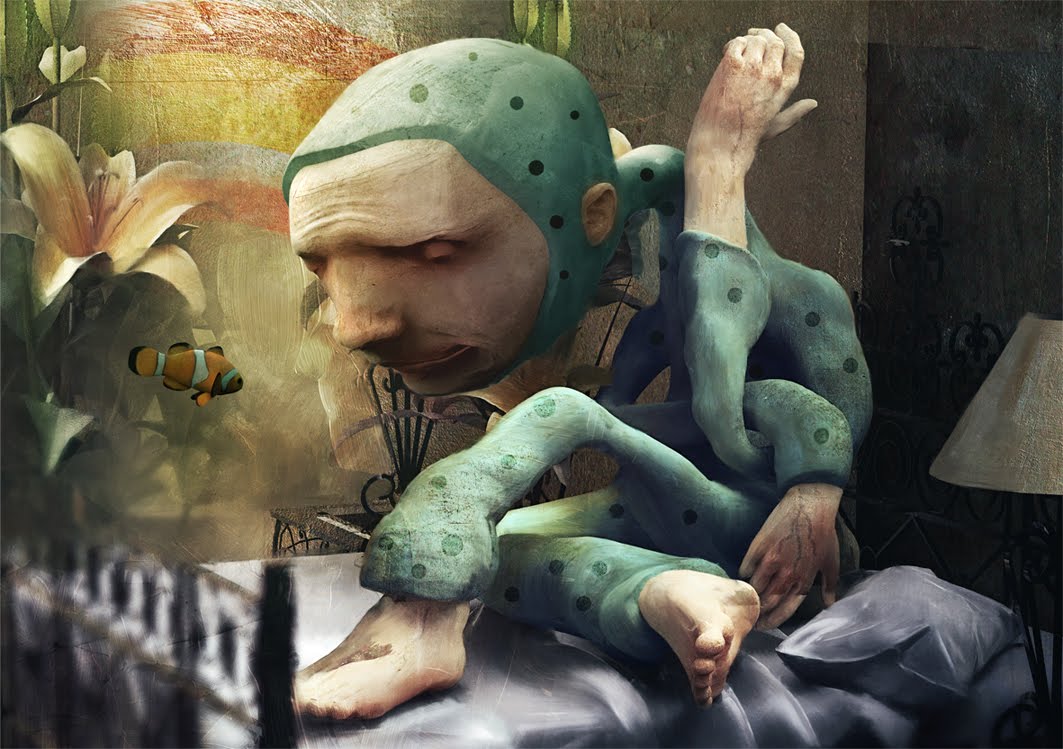 I’m getting lazier and lazier with book reviews these days and find it easier to do a  bunch together. Here’s a quick review of 23 books.

One of the first books in my ongoing collection of non-superhero type graphic novels. I love the art, it’s a very unique style, and the overall vibe is somewhere between League of Gentlemen and the darker side of Little Britain. I love the dark graphic humour in this and though I finished it in one go, I flick through it occasionally.

One of the kids got this from Santa. But I loved it. It’s a graphic novel about the alienation of emigration, and has no words, it doesn’t get more graphic novel than this. A lot of the images are obscure and open to interpretation. So it’s a very unique experience and Shaun Tan’s art is stunning.

I found it hard to relate to this, despite that fact that it is obviously very little to do with bees and much more about our own society, class, religion,  racism, and politics. Though I found the male bees, and their pathetic maleness massively entertaining whenever they appeared: “Kneel down before me and lick my crotch!”

Heady college days. Two friends, Catherine and James. James is vibrant and energetic. Catherine is whiney and clingy. These characters border very close to being very irritating but McKeon, a master in exploring the subtleties of human interaction, pulls back just enough to let you care about them.

This is a bit overhyped at the moment. Everyone is raving about it. I quite enjoyed it though I found it too farcical to be as moving as a lot of people found it and I have definitely had my fill of grumpy old men stories.

Unfortunately Gillian Flynn seems to go gradually downhill with every release. Sharp Objects (amazing), Dark Places (great), Gone Girl (good), and now The Grownup  (disappointingly mediocre and totally forgettable). Though it’s just a short story so the jury is still out. I hope she get’s back on track with her next novel.

My Struggle: Book 2: A Man in Love – Knausgård, Karl Ove

Book 1? I thought it was ok. Bit overhyped and I was just feeling my way around. Book 2? Ok I get it. I’m hooked. Dissecting the minutiae of human interactions and painful smalltalk between parents at children’s birthday parties. Yes. I’m on. Bring on the whole series.

Short book about Hitch discovering he has the Big C and how he deals with it leading up to his death. Sad and Poignant but dignified and staunch to the end.

I really like books like this sometimes. They’re like B-Movies: Take a simple idea and run with it. In Bird Box people have started to go Berserk when they see *something*. The world quickly escalates to apocalypse. This is the story of one woman trying to survive with two children who have only known this world through a blindfold. Fun.

Essential non-fiction exploring many theories about why we are the way we are, where we’ve come from and how we got here. It contains lots of common sense where you find yourself nodding and thinking you knew that already. But also plenty of unique ideas also. One of the major themes is the idea that sapiens are different to other animals mostly because of myths that we’ve all agreed to believe in, such as the concept of money.

I’m yet to be let down by a Jon Ronson book. I always find them really entertaining. Here he delves into the lives of those who have been publicly shamed and those who have done the shaming, not just dedicated trolls but regular Internet peeps too.

Again someone who really gets that books need to be entertaining. I’m yet to meet someone who hasn’t loved The Sisters Brothers. Under Major Domo is probably not quite as good but it’s not too far off either.

Another addition to my collection of “Graphic novels that aren’t superhero books”. This one is lots of short stories about modern life, nicely illustrated. I really liked it. And such a quick read, I will surely read again.

On the Move: A Life – Sacks, Oliver

Autobiography of a fascinating neuroscientist, who most people know at this stage – right? If not for his great series of books such as “The man who mistook his wife for a hat”, then at least you’ll know Awakenings, the Robin William’s movie which is based partly on how Sacks treated comatose patients in a hospital and briefly brought them to life.

The Road to Little Dribbling: More Notes from a Small Island – Bryson, Bill

There’s a theme here today in several books: I rate entertainment among all else in books and Bryson is always entertaining, and occasionally laugh-out-loud funny. It’s 20 years since Notes from a small Island and he’s back touring the UK again. A running theme through this book is a massive appreciation for the countryside and railing against the idiots who see no value in maintaining a countryside and want to build everywhere. I second this emotion.

Juice Terry Jones. A total shagmeister. Drives a taxi. Shags everything in sight. He’s almost too much to bear but he’s contrasted by the story of a sweet simple radge called Jonty. Welsh breaks every taboo in this book. The Guardian wrote it off as Poor writing and penis jokes. In lesser hands, I’d agree but no one can write this kind of stuff like Welsh, and I thoroughly enjoyed every bit of this.

I’ve been a big Eugenides fan since Middlesex, but somehow never got around to his better known debut. I can now say I’ve loved every one of his books.

A new book of semi-maybe-related short stories with glowing critical reviews but I found it a bit too obscure. Some stories worked better than others but I almost abandoned it before realising I was closer to the end than I had thought.

Not sure what I was expecting here. I really enjoyed Never Let Me Go. But this was completely different: wizards and knights and all that nonsense, and a story that just plodded along without anything entertaining happening. I lost the will to live after a while and completely abandoned it. I was already someone who didn’t read fantasy (any more). This has surely sealed the deal.

There has emerged a non-fiction genre, and a broader movement that I’m really into at the moment. It’s hard to pigeonhole but in a nutshell it’s nature and life, the great outdoors, and how it connects to the soul, and my own childhood spent between the beach and the woods, but mostly the woods. I’ve even started a nature and Life Goodreads list. I adored H is for Hawk which completely nails this whole nature and life shebang. Landmarks is about the language of the landscape and contains lists of long forgotten words from the natural world. It’s a lovely book in itself, and also explores many other great books in this field, which I really look forward to reading.

How to be Both – Smith, Ali

This is a novelty book in that there are two stories; one with a character set from ye oldie times ago, and one story set in present day. Some of these books were published with one story coming first, and vice versa in other print editions. The two stories have some overlap. In theory I love this novelty, but think I would have enjoyed it more had there been bit more forward and back between chapters. Unsurprisingly for me, I preferred the modern day story, and by the end of the book with the ye oldie day character, I had lost some interest.

Everything is Teeth – Evie Wild & And Summer

A graphic novel memoir of Evie Wild’s childhood, during which she was obsessed with Sharks, her brother was bullied and the family spent hot summers in Australia and it’s shark infested waters. Opened packaging and immediately read from start to finish in one setting with 7-year-old daughter. We both loved it.

Animal: The Autobiography of a Female Body – Pascoe, Sara

Sara Pascoe popped up on so many podcasts that I listen to: No such thing as a Fish, Distraction Pieces, and Adam Buxton. I like her schtick. She’s got an encyclopaedic knowledge from reading a gazillion books and kicks ass when she’s on QI. And she’s also funny. So I’m a recent fan. Animal is a mixture of personal memoir and how natural selection has formed the sexual body and mind. Despite some occasional dumbing down (she wanted this to be readable for confused school girls, ok fine), the occasional bad joke which *good* comedians can’t seem to resist in debut books “let’s call him Colin, because that’s his name” and occasionally assuming the audience is female, this was an interesting and enjoyable read.