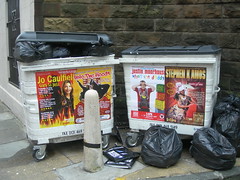 I went over to Edinburgh for the weekend. That’s my third long weekend in a row, yeehaw. Don’t know how I’ll cope with a 5 day week next week. Have wanted to go over to the fringe for ages and ended up going at the last minute(ish). Had a fantastic time, think I’d much prefer this than a music festival these days. I forgot what a beautiful place Edinburgh is too.

Only booked tickets for two events and left everything else to randomness. The first was Limmy’s Show, www.limmy.com has been one of my favourite sites for years. His silly, but slightly obscure videos and playthings appeal to my mentality. He got the show solely on the popularity of his site and hasn’t done stand up or anything before. It’s a brilliant show – a mixture of recorded videos and live one-man skits. All the material was brand new, no reference to the site at all, though I was tempted to whisper Requiem or shout Gies yer jaicket myself.

The other highlight of the weekend and the only other thing we pre-booked (you get what you pay for) was Fuerzabruta which was absolutely fantastic. It’s like a big a club, staged in a circus, featuring large-scale physical theatre, including overhead syncronised swimming in a ee-through pool, and treadmill stages with people running for their lives. Lasted about an hour and my mouth was wide open for a lot of it. The show would work great in a big club but that would lose some of the audience, everyone should see this. Here’s some video I took:

Got ticket’s for a few things at the 1/2 price hut. First show of the weekend was VHS 2 – Planet of the Tapes. Now I hate all things digital. Well maybe not all things but just things that used to be on tape, which is erm tapes and videos. So I loved the fact that a movie nerd pretty much dedicated a whole show to how crap DVDs are… mostly stand-up with a few pre-recorded videos.

Pappy’s fun club were a bunch of smug students. Well one of them at least. Actually maybe only one of them, the rest were likable enough. Show started off pretty crap but it turned out that the first half was mostly just building blocks for the second – and when they got to the bit where they swapped themselves with audience members and dissapeared while the audience members repeated earlier skits – well that was fairly hilarious. 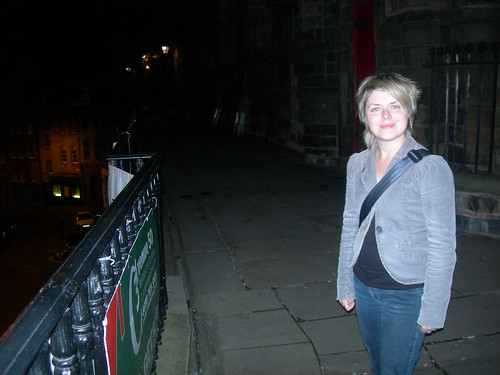 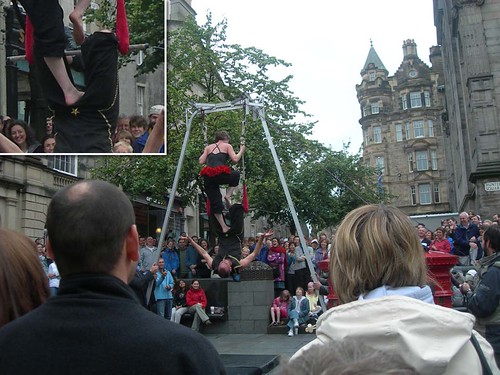 One of the fringe areas at night: 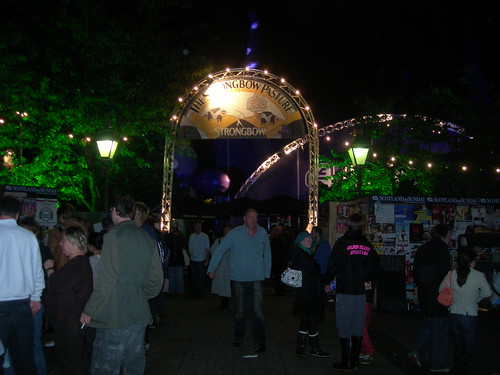