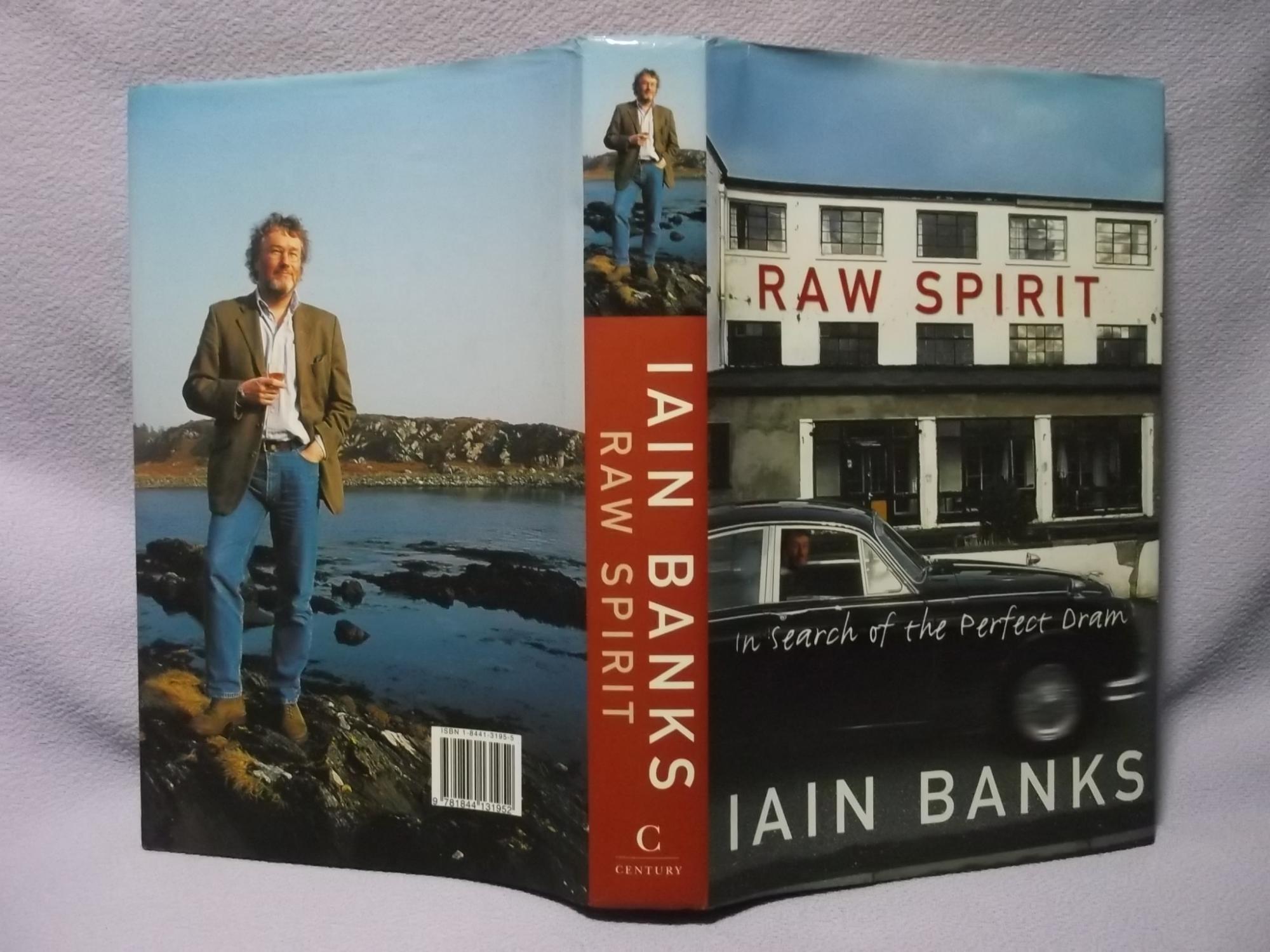 Big Brother is on. So I’m off. Even though I was just about to tackle a scary pile of ironing, I’m just so rock ‘n’ roll these days! So I’ll write this instead. I’ve just finished reading ‘Raw Spirits’ by one Iain Banks. When this book came out years ago I thought I’d never read it. I had absolutely no interest in reading a book about whisky, I didn’t really like non-fiction and liked Whiskey even less. But I am a total Banksie fanboy. Anyone who knows me will have heard this before. I picked up ‘Consider Phlebas’ in the library years ago and loved it so much that I read his other 17 books, joined an Iain Banks newsgroup, and released a record with a track (Trontsephora) named after a star system called Trontsephore which plays a part in his finest sci-fi novel, The Player of Games.

Banksie is not only a fine story teller, with a great imagination, but his social commentary, philosophical meanderings, and political stances are all spot on, and nicely weaved around a ying-yang of lighthearted fun versus wry dark humour. Uncle Banksie brought me up right through my twenties, nurtured my fledgling atheism, and no doubt nudged me in the right direction on various political stances and beliefs.

So I came across ‘Raw Spirit’ again had a flick through, saw something about drunken urban climbing, which pasted a knowing smile across my face and I realised this is just Banksie waffling on about whatever he likes and mentioning Whiskey now and then. Some of the Whiskey stuff is interesting but it’s the bits in between where the good stuff lies; anti-war rants, pro-legalisation rants, drunken stories about him and his mates, setting up fake firework companies, childhood, the odd insight into writing and the usual ramblings about life in general. Was very amused to see Banskie bow down to the superstitious magic of Bill Drummond by counting some pylons in reverence (see previous Bunnies post).

He’s a self-confessed petrol head and drools over GWR (great windy roads) and the love of his life, his Landrover Discovery. Amusing enough but maybe a bit too much about roads, regardless of how great or windy. I was a waiting for the guilty punch line and was surprised to see it never appeared. In hindsight, he’s since traded in his four vehicles (including the Discovery!) and now only has a Lexus SUV hybrid. I say only….

So, it’s a pretty light hearted but fairly enjoyable read overall. Would be a bonus if you like whiskey, and a bonus of you like the mighty Banksie. Actually if you were only after a whiskey book you’d probably be annoyed by the other ramblings. From a practical perspective, I think it could have done with a summary of all the whiskies at the end, was hard to retrace and decide what to sample. I finished the book with a baby bottle of Auchentoshan, appreciated the aftertaste a bit more than your average Whiskey, but then committed the mortal sin and added some coke to finish it off. Sorry Banskie!